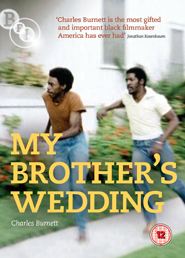 My Brother's Wedding (Uk Import) - Burnett, Charles
Releasedatum: 20 oktober 2008
Pierce is a young man at a crossroads - with few prospects for the future he is torn between his obligations to his hard-working family, aspirational brother and criminally-minded friends. This is a warm, wry drama from Burnett (director of acclaimed Killer of Sheep and To Sleep With Anger), its vignettes steeped in the mood and character of the Los Angeles neighbourhoods in which they were shot. This 2-disc set features both the new directors cut and the original version of this recently rediscovered feature. My Brothers Wedding is an eye-opening revelation - it is wise, funny, heartbreaking and timeless.