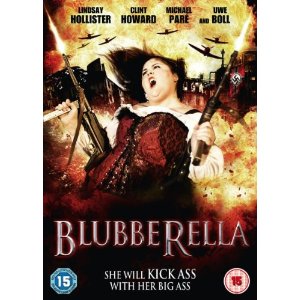 1940, and Europe is in the grip of Nazi terror. On the Eastern Front a group of resistance fighters struggle valiantly against the Nazi scourge. Just when it looks like all hope is lost, enter Blubberella. Half vampire, half woman, and all trouble. Blubberella likes nothing better than killing, and the ultimate showdown is about to begin...