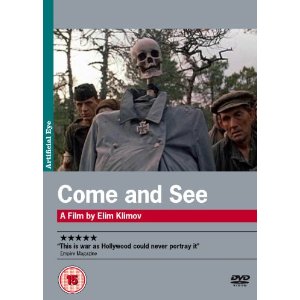 Come and See is one of the greatest war films ever made and one of the finest achievements of Soviet cinema. A devastating account of the Nazi occupation of Belarus during World War II, it tells the story of a young boy s abrupt loss of innocence when he joins the Soviet resistance and is thrust headlong into the brutal horrors of combat. Featuring terrifyingly authentic battle scenes and poetic, almost surreal imagery, director Elem Klimov has fashioned a vivid and unforgettably powerful portrait of the atrocities committed by men in the name of war.